As 2019 comes to an end, Korean broadcasting stations begin appreciating their talented actors and actresses by giving them well-deserved awards.

2019’s Grand Prize (Daesang) winners were all long overdue for the award, if you consider how many great dramas listed in their filmography. But of course, the same goes for a long line of actors and actresses who have been consistent in showing great performances throughout the years.

Here are the Grand Prize winners awarded by all three broadcasting networks (KBS, MBC, and SBS)!

Kong Hyo-Jin (“When the Camellia Blooms”)

Kong Hyo-Jin received her first award from SBS for New Star Award for “Wonderful Days” in 2001. Since then, she has received so much love for her romantic comedies that she is known as the rom-com queen!

Where can we find Kong Hyo-Jin on KOCOWA?

His bubbly supporting role in “Coffee Prince” helped him bag his first award–the Netizen Popularity Award by the Korea Drama Awards in 2007. Kim Dong-Wook was later nominated by the MBC Drama Awards for the drama “Radiant Office” for the Excellence Award in 2017.

The talented actor seems to be on a row since 2017! Starting from his supporting role in “Radiant Office,” he took on the lead role for the popular horror drama “The Guest” the following year, and in 2019, “Special Labor Inspector, Mr. Jo” which won him a Grand Prize.

Where can we find Kim Dong-Wook on KOCOWA?

It’s been 4 years since Kim Nam-Gil was even nominated for an award–He received his last award from the 24th Buil Film Awards in 2015 for Best Actor Award for the film “The Shameless.” But the wait was worth it. “The Fiery Priest” helped him bag three Best Actor Award this year and even got him a Grand Prize from SBS!

Where can we find Kim Nam-Gil on KOCOWA?

Congratulations to all three actors! We hope that they will have another amazing year ahead!

Subscribe to KOCOWA and watch these great actors’ performances through their dramas! 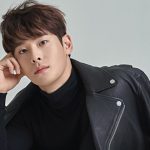 A Special Someone Who Should be Remembered