We hear in the news all the time about South Korean celebrities who are shamed by some of their fans and netizens for daring to … date. Ridiculous, right? As much as any of us may admire idols and actors and actresses, what they do in their private lives has no bearing on any of us. Fans having a harmless crush is one thing. But expecting them to not do things the rest of us do is unequivocally unfair.

I thought about this watching MBC’s reality series called “Don’t Be Jealous,” which celebrates well-known couples. The participants give viewers glimpses into their lives, where they stay in together and socialize on date nights outside their homes. They talk about how they met each other, their hopes and dreams and even hint about marriage in the future.

One of the most interesting episodes was the one that centered on Rainbow member Jisook and her boyfriend, Lee Doo-Hee. A couple for about five months, the K-pop star described her beau as a programmer who runs a coding company. Lee honestly said he developed a crush on Jisook after seeing her photos and tried for a long time to get introduced to her.

Staying in tune with the times, Jisook participated in Zico’s “Any Song” challenge and convinced Lee to take part, too, despite his pleas on not knowing what it was. ㅋㅋ

On a more serious note, Lee recently made news of his own during this coronavirus pandemic. He developed a website letting Koreans know where face masks are available, depending on their location.  The stats are updated from 10 a.m. to 11 p.m. KST daily.

Wonder Girls fans are eagerly awaiting the episode starring Hyerim and her love of the past seven years. This will be the first time she’s talked about a relationship since she debuted a decade ago.

At the press conference to promote “Don’t Be Jealous,” Jang said his dream guests would be K-pop diva HyunA and her boyfriend Dawn. “They are the first idol couple to have openly dated in public while they were promoting,” he said, giving them respect. As background, HyunA and Dawn (formerly known as E’Dawn) were infamously dropped from their label when they acknowledged they were a long-time couple. Things worked out just fine for them, though. The public supported them and Psy signed them to his own label. (HyunA had starred in Psy’s video for “Gangnam Style.”)

Here’s hoping that shows like “Don’t Be Jealous” can help normalize the idea of celebrities dating.

Are you watching “Don’t Be Jealous”? Which couples would you like to see featured on this series? 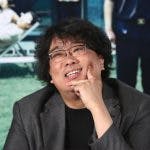 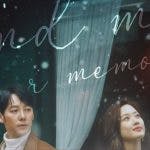