How well do you know Korean dramas and the stars in them? We have made a special quiz for you to find out!

1. This actor is lately fond of playing non-human characters. He went from descending from the skies to lazing around and licking his own fur at home.

2. This actor has been in prison twice, in two different dramas. One of which is his latest drama.

3. He was well-known for 2 of his psychopathic serial killer roles in the past. Lately, he’s been in the prison and the baseball field.

4. In one year, he’s a troubled 18-year-old high school student. In the next, he’s a fully grown, yet arrogant adult. He’s also the CEO of a restaurant, but suffers from a terminal illness.

5. He’s best known for having unhappy childhoods and questionable upbringings. Still, for 2 out of 3 times, he’s grown up to be an adult with a good heart. These days, he’s into reincarnation.

6. He’s charmed students in his school twice. And now, the entire country is mesmerized by him.

7. People around her told her to get mental help because she lacked sleep and ran around crazily. But it was because she could see ghosts. In the next year, she became a psychiatrist providing mental help.

8. She doesn’t look her age at all. She could fool an entire class of 18-year-olds and join them as their classmate.

9. She left her profession as a doctor to become a weightlifter. Lately, she’s back to being a doctor.

10. She went from being a shut-in to a Cinderella-like high school girl who made the school’s most popular boy fall head over heels in love with her. She’s now addicted to virtual reality (VR) games.

11. She’s picked up boys who have lost their memories and have nowhere to go from the streets twice. She’s provided them with a roof over their heads and put food on their table even though she struggled to make ends meet.

Here are the answers!

Did you get them all right? Share your answers below!

You can find most of these dramas on KOCOWA! Subscribe to KOCOWA and start watching your favorite actors and actresses! 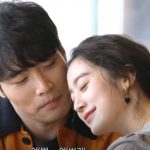 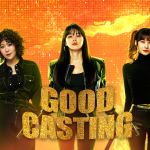