Let me start by saying wow…once again Montsa X are nothing less than great performers. On August 10th 2019, the band concluded their tour in North America at the Los Angeles Staples Center. The show left everyone feeling happy as the show lasted late into the night.

Unfortunately due to a fractured rib, Kihyun had to perform for the entirety of the concert sitting down on a bar stool. While yes, he did stand up and jived to some of the songs, he had to remain seated during a majority of the choreography. This however didn’t stop him from shining. His voice was simply amazing during each performance since he didn’t have to dance and sing at the same time. By “resting” his body, he was able to focus all of his energy into his fantastic vocals.

Another highlight for me was the special stage held by Shownu and Wonho during their Mirror performance. Two things that left me impressed were both their wardrobe and choreography. While Shownu was in an all black chic sleeveless turtleneck, Wonho, as the counterpart, was in all white wearing a crop top. A CROP TOP ladies and gentlemen, and we are here for it (pun intended). One might want to check up on their Stans to see if they’re ok. While Monsta X are no strangers when it comes to wearing  risque clothing, it was refreshing to actually see two of K-pop’s more “beastly” looking idols dress and dance so sensually in person. Something that’s not so commonly seen in American male performances.

As a casual listener of Monsta X, I must say that I was a little bummed when I noticed that they didn’t perform “Destroyer” this time around. When I first heard it during their 2018 performance at the Microsoft Theater across the street, I was hooked. It spoke to that 90s emo kid inside me with all the electric guitars on the track. You can only imagine my excitement when I noticed Kinhyun’s impeccable well rested voice this time around while he was seated on that chair. As sad as I was, I can only speculate that it would probably hurt Kinhyun in the end due to the amount of energy it takes to yell out the high notes DESTROYER!!! during the performance. Aside from that, they of course performed many of they’re hits like “Alligator”, “Who Do You Love”, and more!

Overall, their performance was great and you can tell that they enjoyed themselves as well.  During their final speeches, Wonho told everyone that his mom and brother had actually come from Korea to see them perform at the Staples Center. I.M. was even close to crying as he reminisced about the promise he made everyone last year about wanting to perform at the Staples Center; a dream come true.

I really wish them the best and hope to see more of them in the States as they continue their journey. In the meantime, make sure to watch all their different stages on KOCOWA!

Your resident fanboy at KOCOWA 💟 **Simply doing what makes me happy** 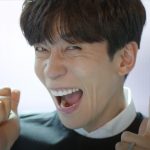 K-Dramas That Will Make You Go ‘LOL’ 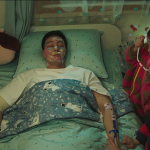